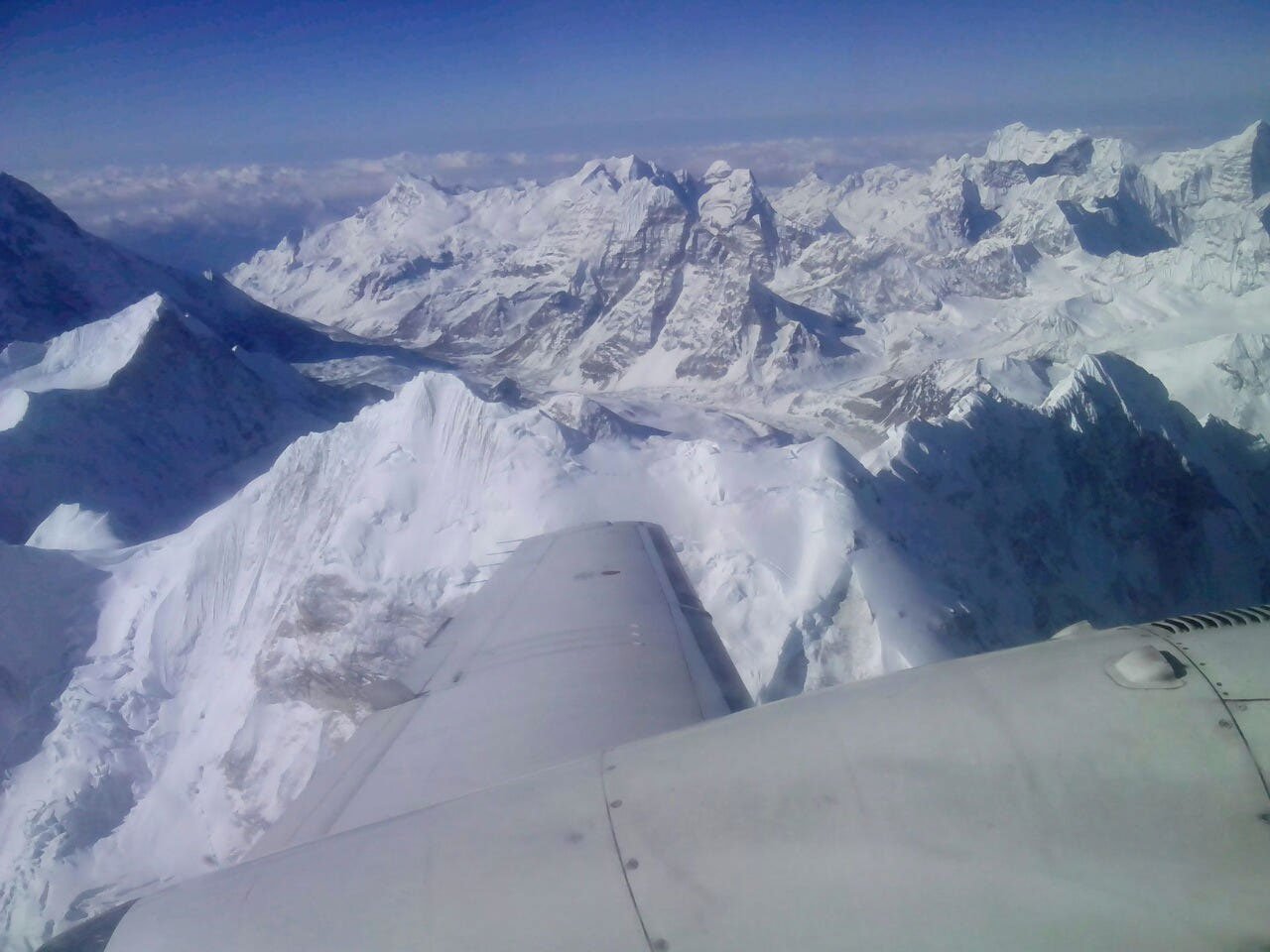 A mountain flight is beyond one’s imagination because you’ve never seen anything like it before. Only a bird gets to see this glorious view and you’re up close within minutes of being airborne. Enjoy a close look at some of the world’s highest peaks including Mt. Everest and go home with incredible pictures because everyone gets a window seat!
Taking a mountain flight is the easiest thing to do. Buy a ticket and you’re taken on an hour-long flight that flies higher than some of the Himalayan peaks, looking down on glaciers and high altitude lakes. Nepal has eight of the highest mountains in the world and the only way to see them all is by flying past them. Even mountaineers don’t get to see them up close all in a day. The hostess identifies the individual peaks and the pilot invites each passenger to the cockpit to take pictures of Everest from their large windscreen.

In the west is seen the mighty peaks of the Dhaulagiri massif and the Annapurna range while far in the east lies Everest, Makalu, and Kanchenjunga. The horizon seems like an endless jagged row of high snowy peaks stretching far into the distance. The rows and rows of mountain peaks are beyond one’s imagination and simply unbelievable.
Leaving Kathmandu domestic airport early in the morning before the clouds form, passengers take an hour’s flight around the Everest region with stunning views of all the major peaks. Maps are available on the mountain ranges so one can identify the various important peaks. The hostesses are there if you have questions. Should the weather not be suitable you will be either offered a refund or the option to fly again.

For visitors based in Pokhara, there are other options available such as taking a microlight flight towards the Annapurna Massif with spectacular views of the Annapurna range and Machhapuchhre among them. A microlight is a two-seater small aircraft with a powered engine designed to carry no more than two people, the pilot, and the passenger.
For visitors who like to take a mountain flight to the extreme, there are options to charter helicopters and fly to the Everest range, taking a short tour around the Everest valleys before landing for breakfast and then returning to Kathmandu.

If you are someone with a higher adventure threshold, then you might also want to experience hang-gliding, paragliding, paramotor flying, sky diving or even participate in relevant training courses. Enjoy the spectacular views!