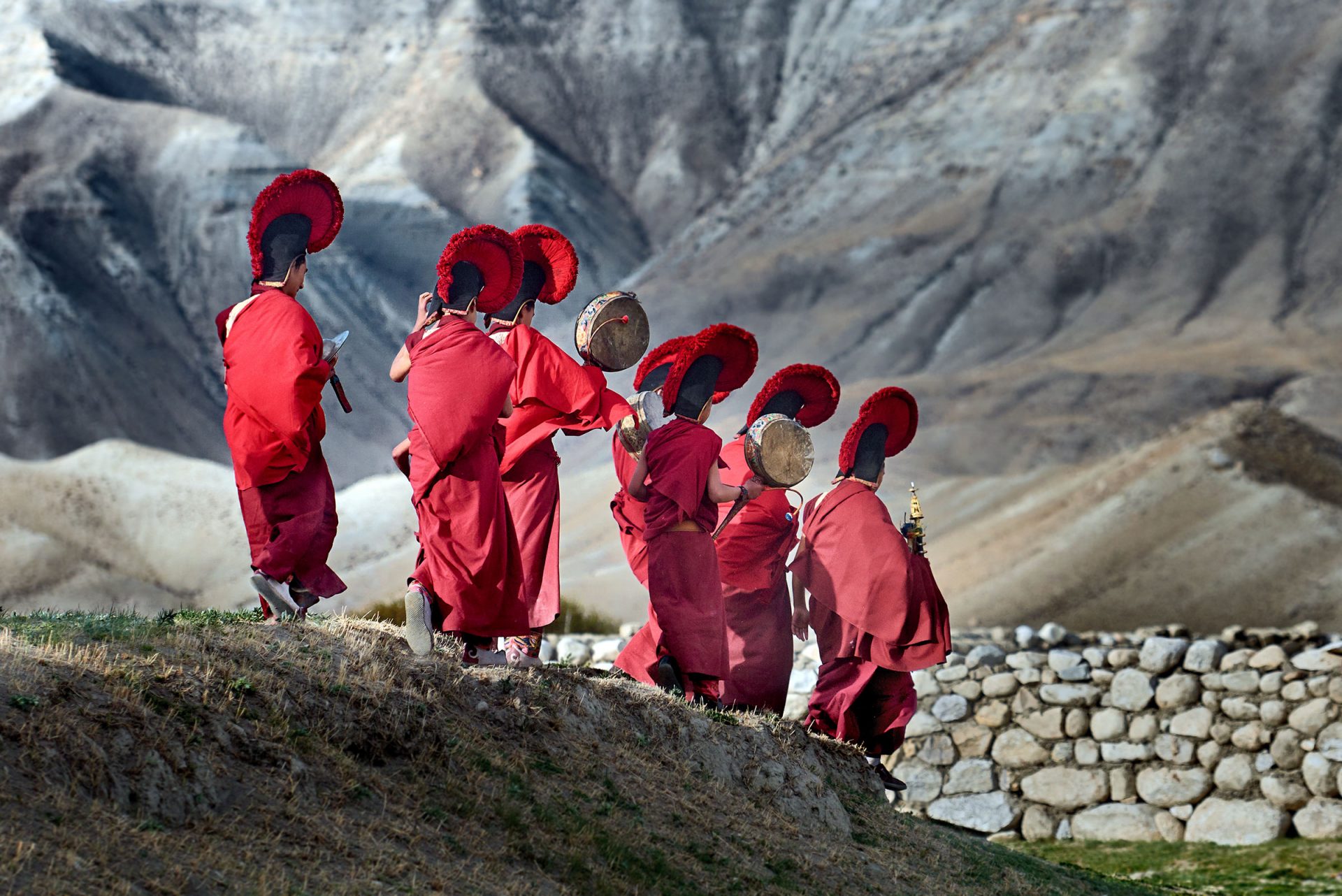 Nepal has four major caste systems with 36 sub-castes who speak 123 languages as their mother-tongue. These communities have their own distinct culture and tradition. Each part of Nepal, from East to West, or North to South, has its cultural setting. Tradition, religion, belief, language, social organization, and people are important aspects of culture in Nepal. Sacred pilgrimage sites, historical monuments, and memorials reflect the richness of Nepalese culture. Hindu and Buddhist traditions in Nepal can be traced back to more than two millennia. The majority of religious places in Nepal have majorly Hindu and Buddhist temples, monasteries and shrines.

The cultural heritage of Nepal has evolved over the centuries. This multi-dimensional heritage encompasses the diversities of Nepal’s ethnic, tribal, and social groups, and it manifests in music and dance; art and craft; folklore and folktales; languages and literature; philosophy and religion; festivals and celebration; foods and drinks. Its culture is mostly influenced by the Indian, Mongolian, and Tibetan culture. With altitudes and ethnicity, the dances, food, and language of Nepal slightly change in style as well as in the clothes they wear. 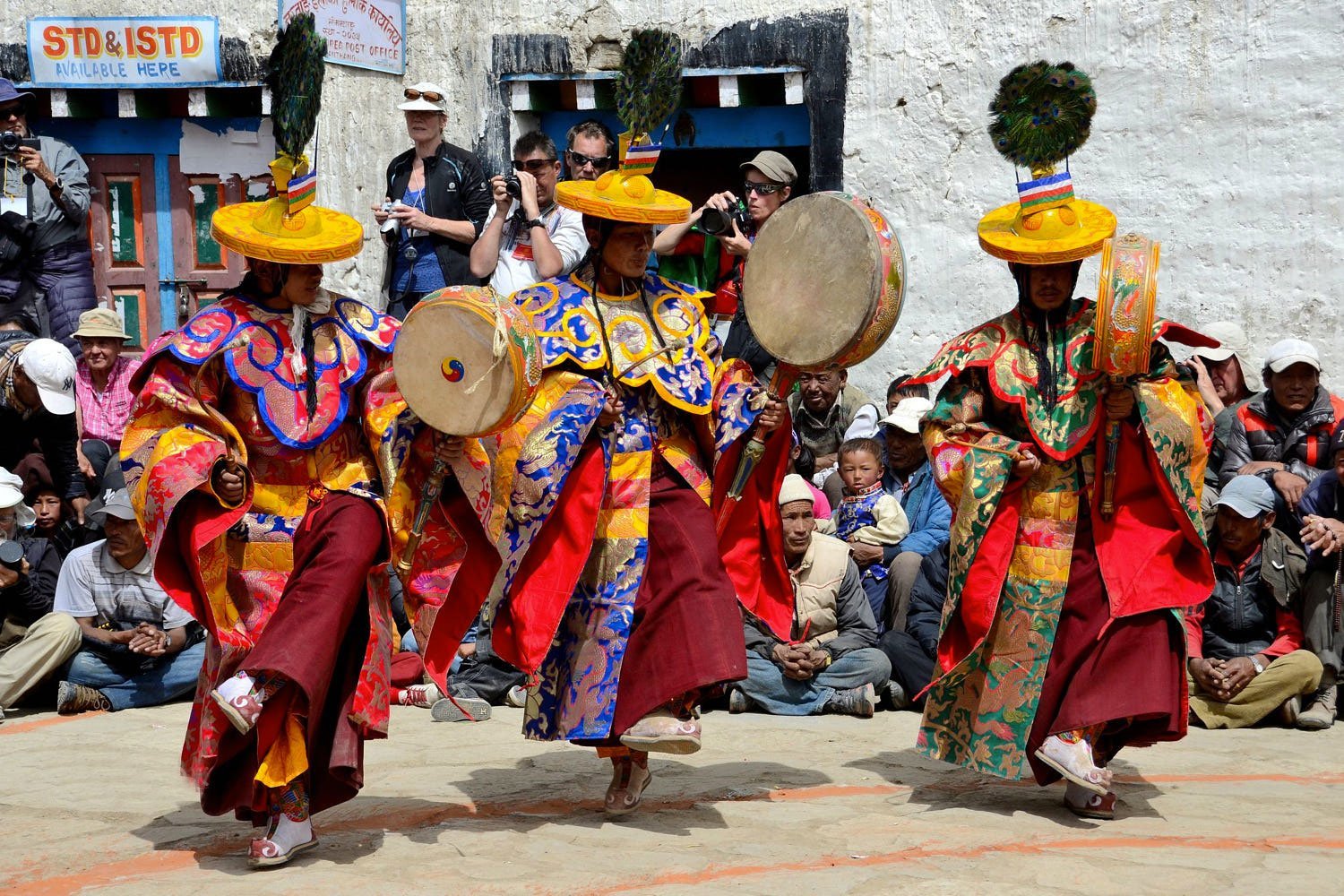 Nepal has Lumbini, the birthplace of Buddha and Pashupatinath temple, the religiously important Shiva temple of Hindus. Nepal is called the land of temples as there are more than 300 temples and monasteries. Nepal has several other temples, Buddhist monasteries, church, masjid as well as places of worship of other religious groups. Traditionally, Nepalese philosophical thoughts are ingrained with the Hindu and Buddhist philosophical ethos and traditions. Nepal was declared a secular country by the Parliament on May 18, 2006. So the religions practiced in Nepal are Hinduism, Buddhism, Islam, Christianity, Jainism, Sikhism, Bon, ancestor worship and animism. Tantric traditions are deep-rooted in Nepal, including the practice of animal sacrifices. Five types of animals, always male, are considered acceptable for sacrifice: water buffalo, goats, sheep, chickens, and ducks. Cows are very sacred animals and are never considered acceptable for sacrifice.

Nepal does not have a distinct cooking style. However, food habits differ depending on the region. Nepali food has been influenced by the Indian and Tibetan styles of cooking. Authentic Nepali taste is found in the Newari and Thakai cuisines and most Nepalese eat with their right hands. The regular Nepali meal is dal (lentil soup), bhat (boiled rice) and tarkari (curried vegetables), often accompanied by achar (pickle). Curried meat is very popular along with Momos (steamed or fried dumplings). Momos are the most popular snack among Nepalese. You can find Rotis (flatbread) and dhedo (boiled flour) in the areas outside Kathmandu.

Living in a multicultural country has its perks. In 365 days, you’ll get to experience so many festivals of different communities that you’ll feel like you are partying and celebrating each and every day. Most of the festivals last for a couple of days to weeks. Dashain or Dusshera is the longest and most important festival in Nepal. Dashain falls in late September to mid-October, right after the end of the monsoon season. It is celebrated as “A day of Victory over Demons”. Tihar or Diwali, Holi, Saraswati Puja, Rakshabandhan, Bhai Dooj, Janmashtami, Kali Puja, Gai Jatra, Nag Panchami, Teej, Chhath, Kartik Poornima, Maghe Sankranti, Ganesh Chaturthi, Maha Shivratri, and Chhechu are other widely celebrated important festivals of Nepal. Several Jatras also take place throughout the year like Seto Machindranath Jatra, Rato Machindranath Jatra, Sikali Jatra, Bisket Jatra, Bajra Jogini Jatra, Indra Jatra, Ghoday Jatra, and many more. Public holidays are declared in some regions.

Other important festivals include Buddha Purnima (the celebration of the birth of Buddha) and Lohsar, Maha Shivaratri (a festival of Lord Shiva) and Sherpas, living in the Solukhumbu region, celebrate Mani Rimdu, for the good of the world. Lastly, the Sagan ceremony is the ritualized presentation of five food items (boiled egg, smoked fish, meat, lentil cake, and rice wine) to a person which is done to bring good fortune as per the Tantric tradition.

Most festivals include dances, chariots of the Gods, masks, traditional costumes, traditional music, and a variety of special foods that are consumed during festivals and on special occasions.