Nepal has four major caste systems with 36 sub-castes who speak 123 languages as their mother-tongue. These communities have their own distinct cultures and tradition. Each part of Nepal, from East to West, or North to South, has its cultural setting. Traditions, religion, language, and social organization are important aspects of culture in Nepal. Sacred pilgrimage sites, historical monuments, and memorials reflect the richness of the Nepalese culture. Hindu and Buddhist traditions in Nepal can be traced back to more than two millennia. The majority of religious places in Nepal have majorly Hindu and Buddhist temples, monasteries and shrines.

The cultural heritage of Nepal has evolved over the centuries. This multi-dimensional heritage encompasses the diversities of Nepal’s ethnic, tribal, and social groups and it manifests in music and dance; art and craft; folklore and folktales; languages and literature. Nepalese culture has had a big influence from Mongolian, Tibetan and Indian traditions. With altitudes and ethnicity, the dances, food, and language of Nepal slightly change in style as well as in the clothes they wear.

Nepal has Lumbini, the birthplace of Buddha and the Pashupatinath temple, the religiously important Shiva temple of Hindus. Nepal is called the land of temples as there are more than 300 temples and monasteries. Nepal has several other temples, Buddhist monasteries, churches, masjid as well as places of worship for other religious groups. Traditionally, Nepalese philosophical thoughts are ingrained with the Hindu and Buddhist philosophical ethos and traditions. Nepal was declared a secular country by the Parliament on May 18, 2006. So the religions practiced in Nepal are Hinduism, Buddhism, Islam, Christianity, Jainism, Sikhism, Bon, ancestor worship and animism. Tantric traditions are deep-rooted in Nepal, including the practice of animal sacrifices.

Nepal does not have a distinct cooking style. However, food habits differ depending on the region. Authentic Nepali taste is found in Newari and Thakai cuisines and most Nepalese eat with their right hand. The regular Nepali meal is dal (lentil soup), bhat (boiled rice) and tarkari (curried vegetables), often accompanied by achar (pickle). Curried meat is very popular along with Momos (steamed or fried dumplings). Momos are the most popular snack among Nepalese. You can find roti’s (flat bread) and dhedo (boiled flour) in the areas outside Kathmandu. 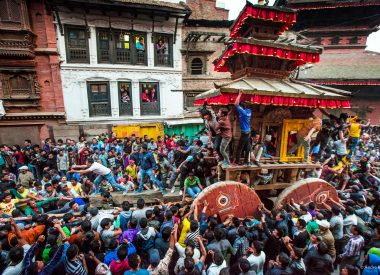 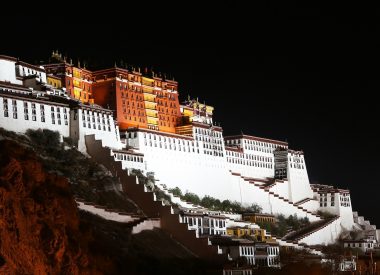 Tibet offers fabulous monasteries, breathtaking high-altitude treks, stunning views of the world’s highest mountains and one of the friendliest peoples… 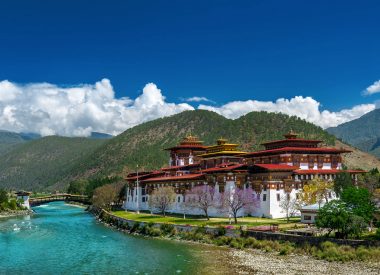 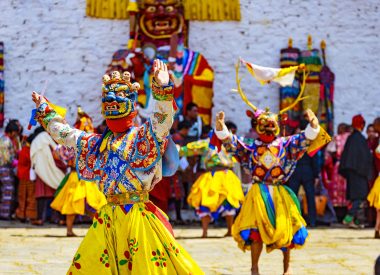 Experience the spectacular Punakha Tsechu (Festival), held in the grounds of the magnificent Punakha Dzong. A Tsechu is a Buddhist… 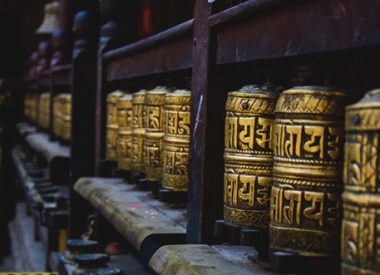 Bhutan is the last great Himalayan kingdom, shrouded in mystery and magic, where a traditional Buddhist culture carefully embraces global…